Core Invention will accomplish its mission by establishing collaborations, encouraging business development and promoting research and development leading to widespread use and commercialization of emerging technologies based on Mind-Matter Interaction (MMI). We can provide favorable licensing of the extensive IP owned by Core Invention, lend or sell advanced MMI and RNG hardware and consult and advise to assist project development.

In addition, we will openly share technical details and research results of 30 years of intensive development. Areas of specific interest and knowledge include Mind-Enabled Training and Technology, Question-Answering Systems for non-inferable information and Calidetics Training to increase positive luck.

Core Invention, Inc. is a VIP verified Veteran-Owned Small Business (VOSB) that offers a wide range of novel and emergent technologies. These include artificial intelligence and artificial consciousness; Mental-Effort-Assisted Question Answering Systems, Mind-Matter Interaction and Psycho Mechanics; Quantum and ultra-high speed TRNGs; algorithms and mathematical modeling and simulations. Our team has over 35 years of experience in high tech invention and product commercialization. 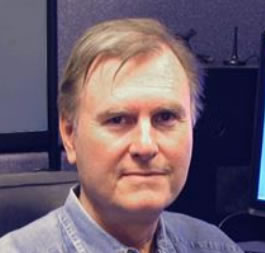 About Scott A. Wilber

Founder, veteran owner, Scott A. Wilber is a well-established inventor and entrepreneur with 13 patents including two for the first commercially viable pulse oximeter, recognized as one of the most valuable medical devices of the 20th century. Other patents cover inventions in the fields of laser gyroscopes, optical character recognition and influence of mind detection, as well as five patents for true random number generators and generation methods. Mr. Wilber spent years as a researcher at the University of Colorado and co-authored several papers published in major scientific journals such as Physical Review B, Journal of the Electrochemical Society and Inorganic Syntheses. He previously held a Top Secret clearance for classified work with the US military. Mr. Wilber brings vast technical expertise to the company. In addition, he is a highly experienced business leader. His track-record of technical and entrepreneurial successes includes founding and running several companies. Some specific areas of excellence include:

Core Invention is the leader in developing novel hardware, software and theoretical models providing the foundation for practical applications of MMI.